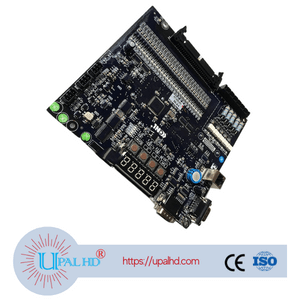 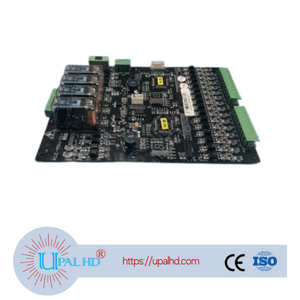 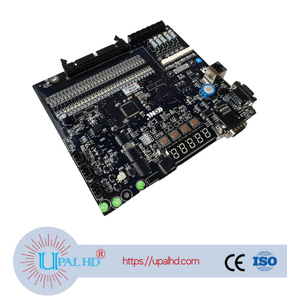 Add to my favorite
View Wishlist

Hallow there, we are Upalhd. We have the best type of electronics here in my watch. You can believe in me because I sell the utmost best quality of electronics.

An escalator is a moving staircase which carries people between floors of a building or structure. It consists of a motor-driven chain of individually linked steps on a track which cycle on a pair of tracks which keep them horizontal.

Escalators are often used around the world in places where lifts would be impractical, or they can be used in conjunction with them. Principal areas of usage include

Escalators have the capacity to move large numbers of people. They have no waiting interval (except during very heavy traffic). They can be used to guide people toward main exits or

special exhibits and may be weatherproofed for outdoor use. A non-functional escalator can function as a normal staircase, whereas many other methods of transport become useless when they break down or lose power.

Escalators typically rise at an angle of about 30 degrees from the ground.[1] They move at 0.3–0.6 metres per second (1–2 ft/s) – like moving walkways – and may traverse vertical

distances in excess of 18 metres (60 ft). Most modern escalators have single-piece aluminum or stainless steel steps that move on a system of tracks in a continuous loop.

Different types of escalators include:

1.multiple parallel (banks of more than one escalator going in the same direction parallel to banks going the other direction);

Most countries require escalators to have moving handrails that keep pace with the movement of the steps as a safety measure. This helps riders steady themselves, especially when stepping onto the moving stairs.

Occasionally a handrail moves at a slightly different speed from the steps, causing it to “creep” slowly forward or backward relative to the steps; it is only slippage and normal wear that causes such losses of synchronicity, and is not by design.[3]

The direction of escalator movement (up or down) can be permanently set, controlled manually depending on the predominant flow of the crowd, or controlled automatically. In some setups, the direction is controlled by whoever arrives first.

Design factors include physical requirements, location, traffic patterns, safety considerations and aesthetics. Physical factors such as the distance to be spanned determine the length and pitch of the escalator,

while factors such as the infrastructure’s ability to provide support and power must be considered. How upward and downward traffic is separated and load/unload areas are other important considerations.

Temporal traffic patterns must be anticipated. Some escalators need only to move people from one floor to another, but others may have specific requirements,

such as funneling visitors towards exits or exhibits. The visibility and accessibility of the escalator to traffic is relevant.

Designers need to account for the projected traffic volumes. For example, a single-width escalator traveling at about 0.5 metres per second (1+1⁄2 ft/s) can move about 2000 people per hour, assuming that passengers ride single file.

The carrying capacity of an escalator system is typically matched to the expected peak traffic demand. For example, escalators at transit stations must be designed to cater for the peak traffic flow discharged from a train, without excessive bunching at the escalator entrance.

In this regard, escalators help manage the flow of people. For example, at many airports an unpaired escalator delivers passengers to an exit, with no means for anyone entering at the exit to access the concourse.

Escalators are often built next to or around staircases that allow alternative travel between the same two floors. Elevators are necessary for disability access to floors serviced by escalators.

Landing platforms are the two platforms (at the two ends) that house the curved sections of the tracks, as well as the gears and motors that drive the stairs. The top platform usually contains the motor assembly and the main drive gear, while the bottom holds the return gear. These sections also anchor the ends of the escalator truss.

Each platform also has a floor and a comb plate. The floor plate provides a place for the passengers to stand before they step onto the moving stairs, flush with the rest of the floor

and usually hinged to allow easy maintenance access, while the comb plate lies between the stationary floor plate and the moving step,

so named for the cleats on its edge which mesh with the matching cleats on each step (and resemble a comb). The interlocking cleats help to minimize the gap between the stairs and landing, preventing objects or persons from becoming caught in it.

The truss is the hollow metal structure that bridges the lower and upper landings, composed of two side sections joined together with cross braces across the bottom and just below the top.

The ends of the truss are attached to the top and bottom landing platforms via steel or concrete supports. It carries all the straight track sections connecting the upper and lower sections.

The handrail provides a handhold for passengers while they are riding the escalator. The handrail is pulled along its own track by a chain that is connected to the main drive gear by a

series of pulleys, keeping it at the same speed as the steps. Four distinct sections make up the rail: at its center is a “slider”,

also known as a “glider ply”, which is a layer of a cotton or synthetic textile that allows the rail to move smoothly along its track. The “tension member” lies on the slider and consists of either steel cable or flat steel tape, providing the handrail with tensile strength and flexibility.

The inner components, on top of the tension member, are made of chemically treated rubber designed to prevent the layers from separating. Finally, the outer layer—the part that passengers see—is the cover,

typically a blend of synthetic polymers and rubber. Covers are designed to resist degradation from environmental conditions, mechanical wear and tear and vandalism.

In a factory, handrails are constructed by feeding rubber through an extrusion machine to produce layers of the required size and type in order to match specific orders. The component layers of fabric, rubber and steel are shaped by workers before being fed into the presses which fuse them together.

In the mid-twentieth century, some handrail designs consisted of a rubber bellows, with rings of smooth metal cladding called “bracelets” between each coil. This gave the handrail a rigid yet flexible feel.

Additionally, each bellows section was no more than around a meter long, so if part of the handrail was damaged, only the bad segment needed to be replaced. These forms of handrail have largely been replaced with fabric-and-rubber railings.

Being made of either metal, sandwich panel, or glass, the balustrade panel supports the handrails of the escalator. It also provides additional protection for the handrail and passengers.

The bottom of the balustrade is called a skirt panel. It is notorious in this art for being a frequent site of injuries and failures, due to the possible entrapment of materials (including body parts) in the machinery.

Multiple solutions have been suggested for this issue, including coating with a low-friction material, employing bristles, and others

The relative positions of these tracks cause the steps to form a staircase as they move out from under the comb plate. Along the straight section of the truss the tracks are at their maximum distance apart. This configuration forces the back of one step to be at a 90-degree angle relative to the step behind it.

This right angle forces the steps into a shape resembling a staircase. At the top and bottom of the escalator, the two tracks converge so that the front and back wheels of the steps are almost in a straight line.

This causes the stairs to lay in a flat sheetlike arrangement, one after another,

the tracks separate and the steps once again assume a staircase configuration. This cycle is repeated continually as the steps are pulled from bottom to top and back to the bottom again.

The steps themselves are solid, one piece, die-cast aluminum or steel. Yellow demarcation lines are sometimes added to indicate their edges. In most escalator models manufactured after 1950,

both the riser and the tread of each step is cleated (given a ribbed appearance) with comb-like protrusions that mesh with the comb plates on the top and bottom platforms and the succeeding steps in the chain.

The front and back edges of the steps each have two wheels, the rear of which are set further apart and fit into the trailer-wheel track while the front set have narrower axles and fit the step-wheel track.

Safety is a major concern in escalator design, as escalators are powerful machines that can become entangled with clothing and other items. Such entanglements can injure or kill riders. In India many women wear saris, increasing the likelihood of entangling the clothing’s loose end.[5] To prevent this, sari guards are built into most escalators in India.

Children wearing footwear such as Crocs and flip-flops are especially at risk of being caught in escalator mechanisms.[6][7] The softness of the shoe’s material combined with the smaller size of children’s feet makes this sort of accident especially common.[8]

Escalators sometimes include fire protection systems including automatic fire detection and suppression systems within the dust collection and engineer pit. To limit the danger caused by overheating, spaces that contain motors and gears typically include additional ventilation. Small,

targeted clean agent automatic extinguishing systems are sometimes installed in these areas. Fire protection of an escalator floor opening is also sometimes provided by adding automatic sprinklers or fireproof shutters to the opening, or by installing the escalator in an enclosed fire-protected space.

Q:Which shipping way is available and how to track?

A: By sea to your nearest port

By air to your nearest airport

By express (DHL,UPS,FEDEX,TNT,EMS)to your door

When your order shipping out . we will provide you a tracking number. then you can know clearly the status of the goods

Q: What is the delivery:

A: Motsly parts we have stock before you want to book with us pls email us and confirm the delivery time and price. Usually 1-5 working days.

Q: Sorry, I place a wrong order, the goods are not the one I need, can I exchange it?

A: Of course, common products are allowed to be exchanged as long as you pay the freight and custom cost

Q: Do you have any warranty for your parts?

A: Yes, we have warranty for our parts. 3 months for PCB, 2 years for original roller and other roller, 3-5 years for COMI roller and 1 year for Yaskawa inverter. Please contact us to get more information for other products

Q: What should I do when the goods doesn’t work under warranty ?

A: You can send it back to repair ,but the freight and repair charge will be paid by you.

A: TT, Western Union, Pay pal, You can choose a convinient way for you .

Kindly contact our staff to get more answers. Thanks for your cooperation!!!” send your message to us 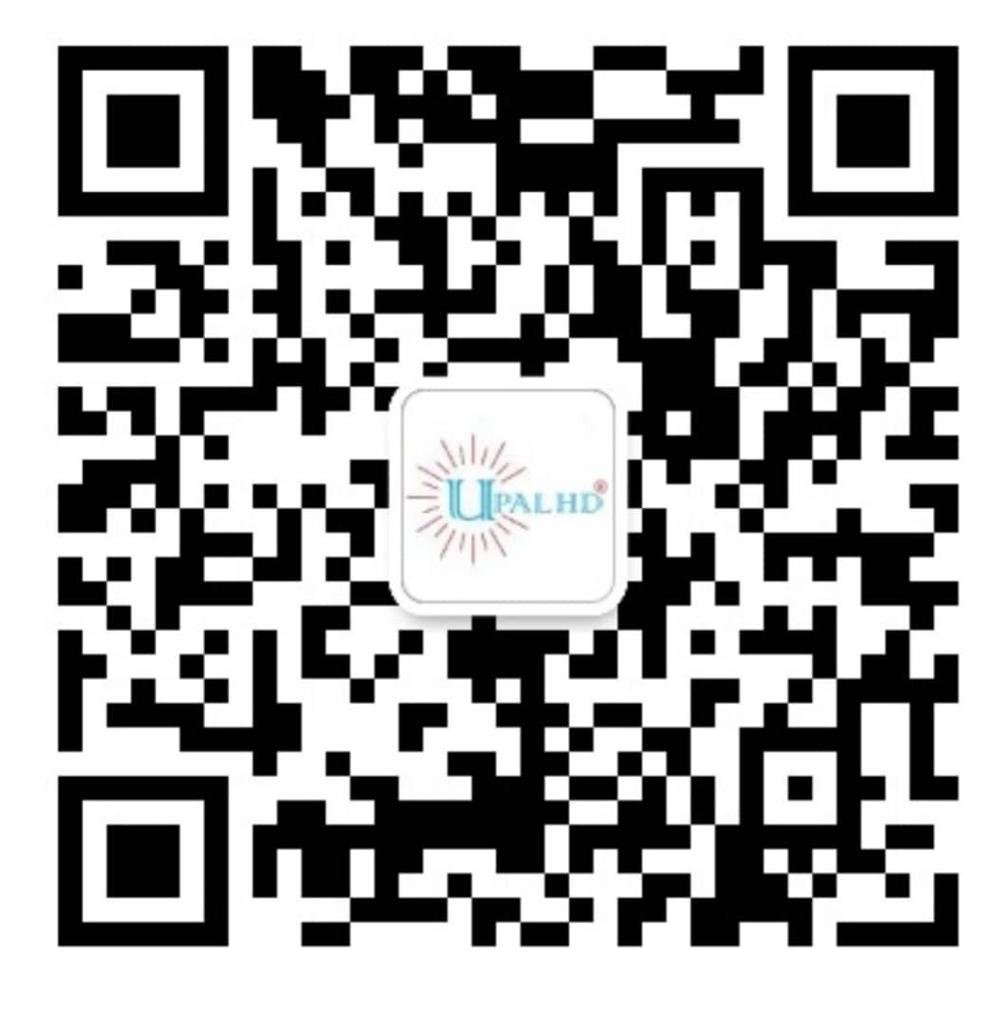 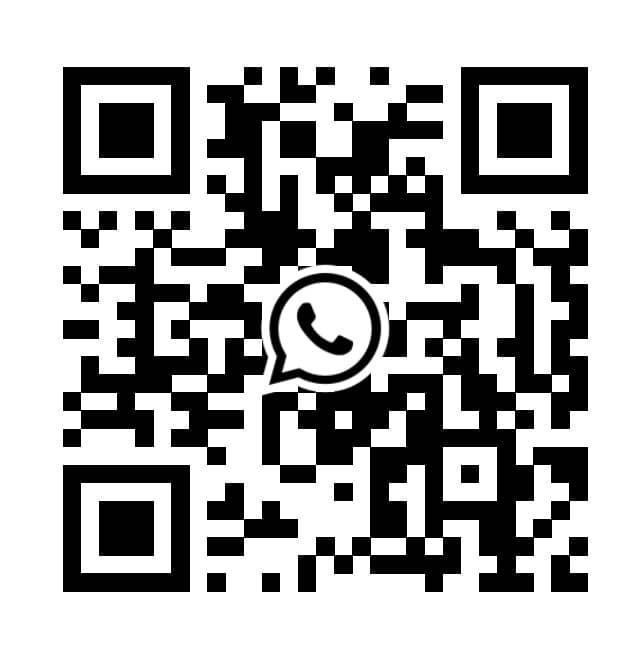